You will be redirected to an external web site which may not be accessible, Do you want to continue?

Hainan Airlines Holding Co., Ltd. was founded in January 1993 in Hainan Province in China. It has grown from a small domestic carrier to a global airline, with routes across the world. Hainan Airlines is the fourth largest airline in mainland China.

Hainan Airlines has been named a SKYTRAX 5-Star Airline for the tenth consecutive year, in addition to being awarded the World’s Best Business Class Amenities, Best Airline in China, Best Airline Staff in China, Best Airline Cabin Cleanliness in China and Best Cabin Crew in China. After joining the roster of SKYTRAX World's Top 10 Airlines for the first time in 2017, Hainan Airlines moved up the rankings to claim seventh place in 2019, becoming the first mainland China-based airline to win the honor for the second year in a row.

The average age of Hainan Airlines' fleet is less than five years and our aircraft are equipped with the latest technology for safety, comfort and entertainment. 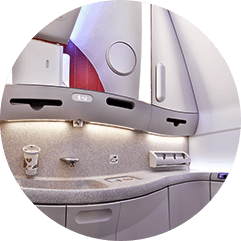 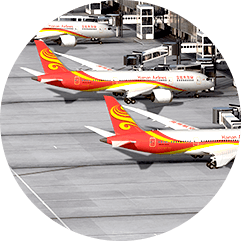 Since our inaugural flight, we have achieved a record of 26 years’ safe operation, accumulating over 6.6 million hours of safe flying.

Learn More About Our Services in Business Class

Earn points for travel after joining the Fortune Wings Club, which can be redeemed for tickets and gifts or used as cash to purchase tickets in future travel. Points will also be accrued when travelling with our cooperative partners like Air Berlin, Alaska Airlines, Etihad Airways and many others.